Learning in Presence of Label Noise 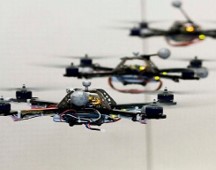 Mechanism Design and AI For Modern Web Applications and Blockchains
Many times AI problems need to be solved based on inputs from strategic agents. In such cases, we need to design an appropriate game so as to achieve a system-wide good goal at equilibrium of the underlying game. This research falls under broad umbrella of AI and Game Theory. It involves multiple research problems such as how to incentivize agents to contribute in crowdfunding activities, how to offer incentives for workers in crowd-sourcing. Other set of problems deal with game theoretic analysis of deep learning networks in the contexts of Generative adversarial networks (GANs). The following are specific projects under this topic.

Economic Mechanisms Through Machine Learning
Many a times, it is very hard to design economic mechanisms analytically. For example, designing an optimal auction beyond single item auction is analytically challenging and computationally expensive. Finding optimal strategies is another challenge in the modern era complex economic mechanisms. That is where computer science and mirco-economics merge together. However, still a lot more remains as an open challenge. Instead of designing mechanisms analytically or designing algorithms, can machines learn what may be a good mechanism for the given context? We have shown that answer is yes. The following are specific projects under this topic. Blockchain is one of the most significant technological innovations of this century. Blockchain technology, disruptive innovation is going to revolutionize economic institutions. E.g., blockchain technology has found useful in maintaining land records, e-governance, intellectual property management, supply-chain management, to name a few. Many industry leaders have termed it as the foundation of the fourth industrial revolution.

Challenge in making these applications practical is scalability. Bitcoin can handle only 7 transactions per second (TPS). Though Ethereum is much faster, it is not scalable to involve the whole nation. The key idea behind bitcoin/Ethereum achieving consensus across the network is leader selection, who proposes the next block. In bitcoin, each node solves a cryptographic puzzle, and the first node to solve proposes the next block. This is called a proof-of-work. There is also a possibility of achieving consensus through proof-of-stake. The leader is selected based on how much he/she has a stake in the system. If a node has a higher stake, it wishes the system to be more stable and acts per the protocol. In summary, in this project, we wish to develop newer blockchain applications as well as the next generation blockchain protocols, to achieve improved performance in terms of scalability.